Asian pop culture may be trending, but so is anti-Asian racism and discrimination in Canada 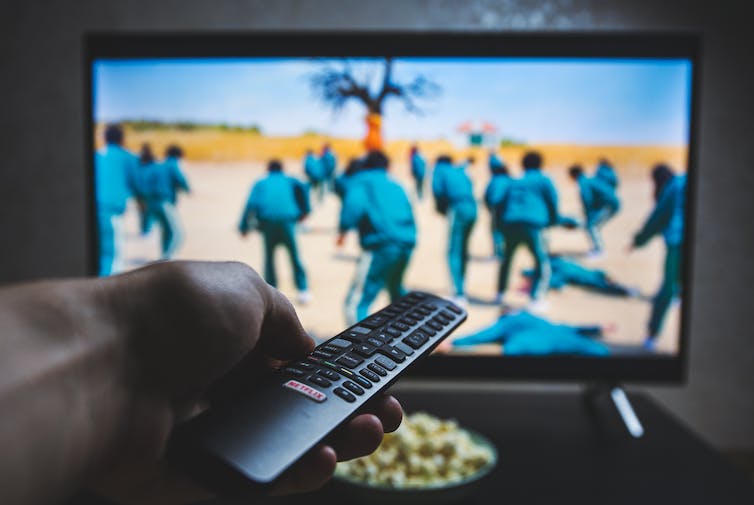 Within a month of its release, South Korea’s ‘Squid Game’ has become Netflix’s most-watched original, breaking the record previously held by ‘Bridgerton’.
(Shutterstock)

Nancy Wang Yuen, a sociologist and author of Reel Inequality: Hollywood Actors and Racism, told the Toronto Star “there has been historically, invisibility, stereotyping, lack of power, in terms of storytelling.”

With the way things are trending, there is no doubt that the representation of Asian people in Hollywood has improved. And without a doubt, Asian representation matters.

As a second-generation Korean Canadian, I feel a sense of pride and joy when I read about successes from the Asian community.

At the same time, my research looks at mental health policy, and with October being a busy month for mental health awareness campaigns — Healthy Workplace Month, Mental Illness Awareness Week and World Mental Health Day — I have been thinking about whether this moment of fame could make people think “we’ve made it.”

The pandemic has led to a disturbing rise in anti-Asian racism and hate crimes — in Canada, there have been 1,128 incidents reported since the pandemic began.

Read more:
The Atlanta attacks were not just racist and misogynist, they painfully reflect the society we live in


Evidence-based research shows that there is a direct link between anti-Asian racism and increased levels of anxiety, depression and sleep problems. And getting help is not always a straightforward process.

I worry pop culture trends will overshadow this issue and that people will think society no longer needs to be concerned with the lasting mental health impacts of racism and discrimination against Asian people. Despite how binge-worthy Squid Game may be, standing up to anti-Asian racism and supporting Asian people in accessing mental health services needs to remain a top priority for policy makers and the community.

Canada has a fragmented, two-tiered health-care system that operates in silos. This means it is difficult to navigate, especially for those who are vulnerable and racialized.

It also doesn’t help that therapy is centred on the white, middle-class experience, which leaves very little space for Asian people to effectively engage with mental health conversations. 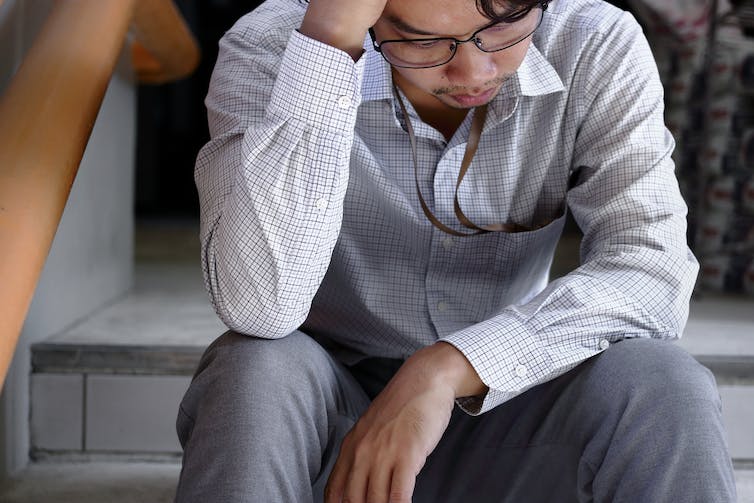 Therapy is often centred on the white, middle-class experience.
(Shutterstock)

Asian people are less likely to access mental health services than other racialized groups, namely because of the cultural biases associated with accessing services like saving face, but also, due to the lack of culturally relevant and sensitive approaches to treatment.

It is an uncommon practice for Asian families to openly discuss mental health concerns with one another. As a result, our community is less equipped to be upfront about our experiences with racism and harassment.

Psychologist and former president of the Asian American Psychological Association Helen H. Hsu notes in an interview with Healthline that: “I’ve heard a lot of Asian patients say things like, ‘Well, my family said to work hard and stay quiet, then everything will be fine.’”

“In what way are you oppressed? Are you unable to find a job? Receive an education? Where is the Asian hate?” A recent TikTok showed a Florida woman asking a young Korean American man these questions at a bar when she overheard him talking to his friends about Asian hate.

Read more:
As Asian Canadian scholars, we must #StopAsianHate by fighting all forms of racism


Many people in western society have adopted this narrative that considers Asians the model minority and one of the most affluent racialized communities, so our struggles are “just a false narrative.”

This mindset is not only harmful towards Asian people, but it exacerbates existing racism and reinforces the notion that Asians should keep quiet about our struggles. 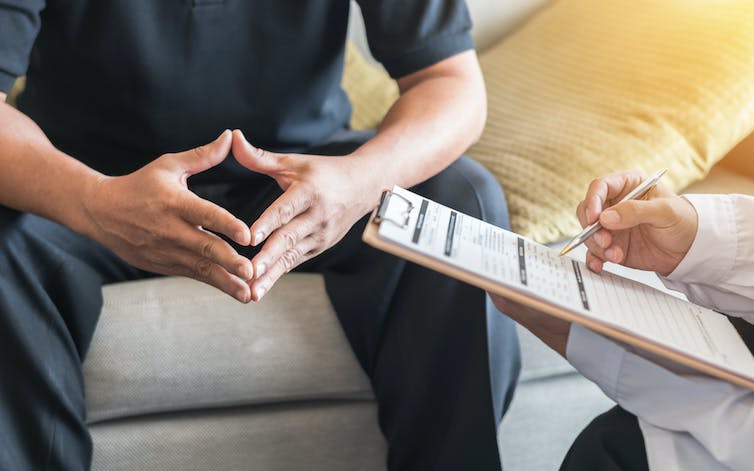 October is National Depression and Mental Health Screening Month, the goal is to highlight the need for depression awareness and the need for accessible and affordable mental health screenings.
(Shutterstock)

My doctoral research has shown me virtual mental health services like BounceBack — a free phone and video service — which is offered in multiple languages, support racialized people in receiving mental health support by making it accessible, and being virtual makes it less intimidating.

Services like these could serve as a first step in helping Asian people access mental health services in this country. It is however only just a start and not sufficient on its own. Online-based mental health programs don’t have the same impact as in person — their effectiveness has yet to be proven in every situation.

One recommendation I have would to addressing mental health in racialized communities is to start a pilot project in metropolitan areas across Canada that provides free multilingual therapy and take it from there.

So while you binge watch Squid Game, remember how many Asian people may be dealing with the lasting mental health impacts of racism and discrimination. Just because you’re seeing a rise in Asian representation across pop culture, doesn’t mean we feel or society believes we belong.

From Bruce Lee to Shang-chi: The history of Kung fu in cinema