30-year-old Australian entrepreneur Nick Molnar is credited with reinventing the spending habits of millions of millennials with his “buy now, pay later” payment platform. CNBC Make It’s Karen Gilchrist spoke to the Afterpay founder to hear how the pandemic turned him into a multibillionaire. Disclaimer: Some of this footage was shot prior to the pandemic.

Nick Molnar is the co-founder of Afterpay. Business Insider Magazine states that he is the youngest Australian “self-made” billionaire.

Molnar started trading jewelry on eBay. He attended school at Moriah College, and graduated with a Bachelor of Commerce degree from the University of Sydney.

In 2020 Molnar and his wife, Gabrielle, purchased a North Bondi property for approximately $27 million; and subsequently acquired an adjoining property the following year for $18.5 million.

In August 2021 Afterpay and Square, Inc., a digital payments company, announced they had entered into arrangements for Square to acquire Afterpay for US$29 billion (A$39 billion), to be settled by March 2022. It was reported that Molnar and Eisen will receive US$2.7 billion in Square stock for their Afterpay shares and, post-settlement, they will jointly lead Afterpay’s merchant and consumer businesses inside Square.

Afterpay Limited (abbreviated as Afterpay) is an Australian financial technology company operating in Australia, the United Kingdom, Canada, the United States, and New Zealand. Afterpay was founded in 2014 by Nick Molnar and Anthony Eisen.

In June 2017, Afterpay merged with one of its technology suppliers, Touchcorp, to form the Afterpay Touch Group. In November 2019, the company was renamed Afterpay Limited. In August 2021, Afterpay and Square, Inc. announced they had entered into arrangements for Square to acquire Afterpay for US$29 billion (A$39 billion), to be settled by March 2022.

Afterpay is best known for its “pay later” service that allows in-store and online customers to purchase a product immediately and pay for it later with four equal repayments. The repayments are interest-free, but if they are not paid every two weeks as required, late fees are accrued. 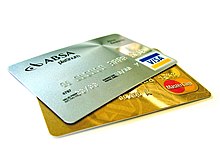 The rise of ‘buy now, pay later’ services such as Afterpay has been attributed as a cause of decreasing credit card use in Australia. From 2018 to 2019, the number of credit card accounts dropped nearly 5% from 16.7 million to 15.89 million, with 69% of millennials using their credit card less as a result of Afterpay. Concerns have been raised that Afterpay may create excessive risk for consumers due to Afterpay offering its services to all customers regardless of their financial circumstances. Some customers may increase their debt levels, and businesses may not receive full payment for their goods/services if a customer defaults. Furthermore, there is concern that this industry is not as tightly regulated as other financial services.

Over 15,000 brands and retailers accept Afterpay

Millennials are Afterpay’s main customer demographic, comprising 75% of all users. Another significant segment of Afterpay’s customer base is university students, of which one third have been found to use short-term borrowing.  Afterpay has been ‘extremely popular among young women’ and has garnered a loyal customer base, as shown through a Facebook group titled “We love Afterpay” which has over 124,000 members.

Tim Fung: How I started Airtasker